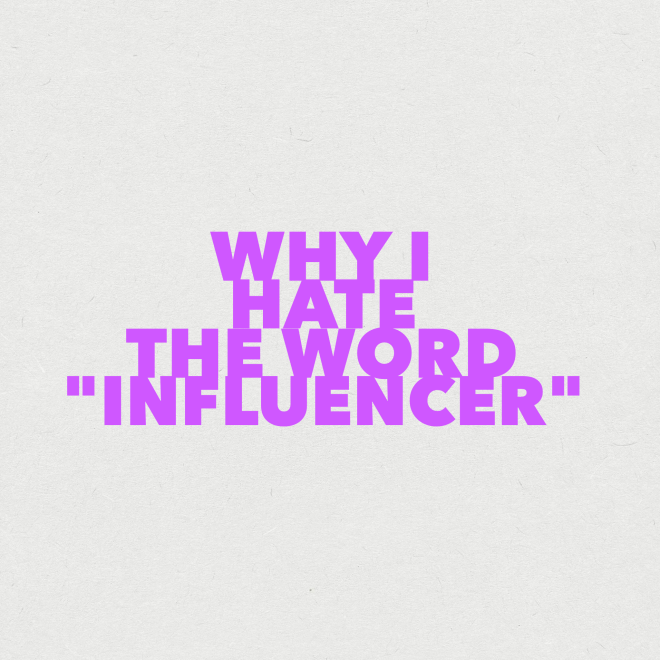 Somewhere over night in the social media world the word “Influencer” came about. I don’t know who came up with it, but when I find them they are dead meat…

What is an influencer? An influencer is a person who persuades or holds influence over others and can sway their vote, money and opinions to a certain direction for a certain cause. Now if this is what influencer still meant, I would be whole-heartedly, guns a-blazing in. Sadly, this is not the case. It seems to have been twisted into ” Who wants to give me free shit cause I have a bunch of followers.”

Way back when, I like to think that true “influencers” were the people in a town hall that were well educated on their topics, held the trust of the community, raised their voice to be heard, and had sound reasonable judgement for the greater good. These people had their own opinions, and swayed people to their side of the argument for a specific cause. They were people that were looked up to and people wanted to hear what they had to say. They weren’t saying these things because someone was paying them to do so (although I’m sure there are a few who did), but because they believed in their words, and they wanted to educate the people around them and H-E-L-P the community. 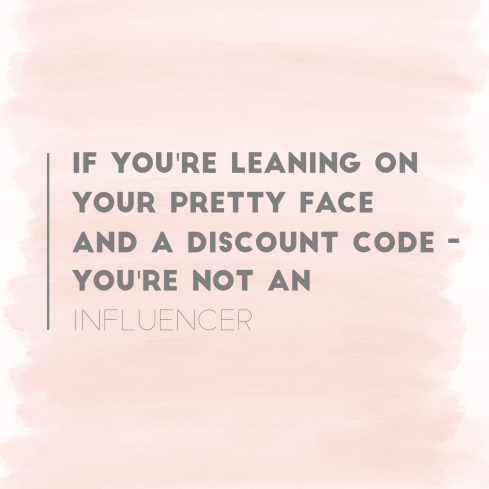 Nowadays, I don’t see that. I see fake people playing the game only to get free shit, or people who think they have influence over others because of a number on their Instagram profiles. These people are toting discount coupons, getting free items and shoving them in our face every day from larger companies. No great content, no willingness to educate, nothing is being given back, and they aren’t even willing to take a bigger role in their community. Let’s make this clear: If you’re leaning only on your pretty face and a discount code – you are not an influencer. If you do not give substantial information out that a consumer or your audience is looking for, you are not an influencer.  You are what I call a product pimp.

Influencer marketing is a thing. A thing that larger companies are diving into to keep up with the digital age of social media. It’s estimated by this company here, that just in 2017 it’s become a 1 BILLION dollar market, and is expected to double by 2019. Know what’s the scariest part? Some of these numbers that these “influencers” are boasting about are FAKE. Bought and paid for. Engagement and likes paid for. Turns out it’s cheap to do so at $3-8 per 1000 followers and 4-9 cents for 1000 likes. If you don’t believe me check out the article below where they faked two accounts and landed 4 deals with massive companies.

So all in all: Buyer beware. If you’re looking to use #influencers make sure you are doing your homework. With that I leave you with some wise words from Brittany from Bourbon & Honey Co.

“If you call yourself an influencer – you’re not one”.

4 thoughts on “Why I hate the word “Influencer””