Seems like the newest question on the block. If you’ve been on Instagram in any of the past 6 months or more you may have noticed that the dip in engagement is real. It’s harder to get likes and comments due to the fact that there are now so many of us on there. So how do we stand out?

A “new” method or idea is called a Pod – or “joining a pod” & I promise it doesn’t make you a dolphin. Essentially it’s where a group of people band together in a DM thread or conversation and when one person announces that they have made a post, the others head over to that post and like or comment on it (or both). If done correctly and within the first 30 (some say 15) minutes this tricks the Instagram algorithm into thinking that that post is popular, and boosts it into more views. Then the same is done for the rest of the pod members when they in turn post their own stuff.

How many people can be in a pod?:

A pod can be anything from 2 to thousands of people. They started as Instagram conversations where you could add a maximum of 15 people to a DM thread and then send each other the posts you posted by sharing it to the group. Now people are starting to go to a system called Telegram so they can add even more people to the conversation, sometimes going up to thousands of people per pod.

Just like dolphin pods, it’s the same idea of coming together as a group and working cohesively. Now let’s not forget the fact that dolphins also gang rape each other for fun… so… there’s that. 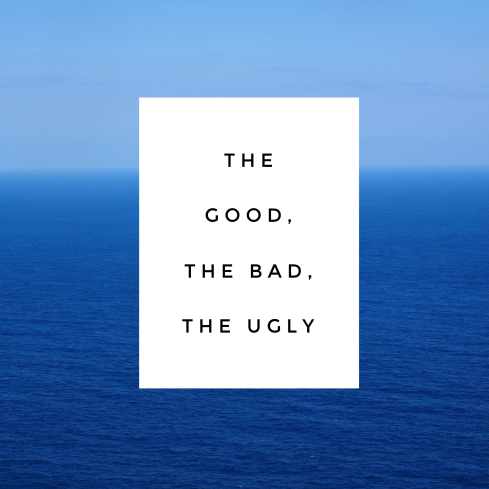 If you’re doing it right, your pod should be helping you get into the top nine of the hashtag related searches, widen you to a new group of possible followers and up your numbers of likes and comments. AKA making you look legit. This group of people should have the same target market and audience as you, so when they like your stuff and you like them back, the algorithm should boost you to like minded people – aka the people who will buy your stuff. You also get to meet people who are in your tribe and hopefully make some new friends.

Even if you’re doing all of the above and killin it, a whopping 15 people liking and commenting on your photo is not going to be enough to really catch Instagrams attention and boost your post. So you may want to think on adding yourself to more pods.  That being said don’t forget that all the comments and likes have to be in the first 1-30 minutes (some say 15 minutes) of the post going up otherwise it doesn’t go towards the algorithm. Which means it’s not only time consuming to comment and like a friends post, but now you’ll be glued to your phone every time a friend comes a ringin’ with something new. Since they have to do the same to yours, you’re expected to do the same to them otherwise you’re just becoming a leech. Now if you add yourself to more pods… welcome to doing that for that many more people. Guh, and we thought social media was already a time suck! Instead of doing this you could be spending that time on other things.. like you know… your life – or engaging with potential customers by searching them out and having a one-on-one connection.

Instagram is catching on and the bottom feeders are real. By using a pod, even though you’re sharing your work with friends (at least that’s what we hope your pod consists of), it’s also a way to cheat the system and it’s being noticed by others. Just like the fad of follow for follow, or follow unfollow, people are starting to see through the mist of shit. The same people liking your stuff right away? The same people commenting (probably) lame comments to just get it done in the time window? Yeah… we see that & guess what? So do larger companies that are trying to reach out to the influencer marketing crowd. You can bet that they are paying attention and they won’t be happy if you’re engagement isn’t quote on quote “true”. The second half is there are people out there just trying to push themselves ahead. They will join pods and not actually do their end of the bargain and like and comment back – so you give them all they want and they don’t do squat.

So what do you think? Do you think pods are all their cracked up to be? Or are you waiting for the next fad to tackle the Instagram algorithm?

One thought on “To Pod or Not to Pod”